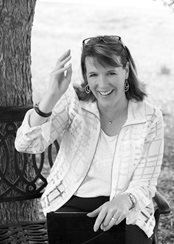 The growth of Fairview, Texas is resulting in a richer community, says Katherine Ponder. She has witnessed this first-hand: Katherine and her husband have made Fairview their home since a wrong turn literally led them here in 1999. They became early residents of the Oakwood Estates neighborhood, where they still reside and have raised their two children, who have thrived in the Lovejoy school system. Katherine is a writer and the editor of Estate Life Fairview, a monthly social magazine exclusively for the residents of Fairview. The magazine connects friends, family and neighbors through resident-generated hyper-local content.

“I love telling people’s stories and sharing news and events, connecting everybody. We want people to know each other.”